Caste discrimination lead to the death of Rohith Vemula

Caste discrimination lead to the death of Rohith Vemula

All the central universities are in the clutches of Hindutva fascism

Demand to sack Vice Chancellor and resignation of concerned ministers

Civil Liberties Monitoring Committee expresses its grief over the death of HCU scholar Rohith Vemula. The central universities of this country have become the den of hindutva fascism. The students coming from the marginalized and backward communities have become the target of the hindutva hegemony. The upper caste, brahmanical hindutva forces does not want the students from these communities to pursue higher education. Universities should be the centre for the production of intellectuals for the betterment of the society. But the Indian universities have been occupied by the hindutva forces.

From the time, the communal party has come into power; various kinds of atrocities are visible in the country. No place is left safe. Especially the educational institutions are the targets of this hindutva fascism. They want to convert all the higher educational institutions including the universities into haven of communalism. This is clearly visible in the central universities such as English and Foreign Language University (EFLU), University of Hyderabad (UOH), Jawaharlal Nehru University (JNU) etc.  The communal minded staff in the administration and students have been given free hands to conspire and made the informers who in turn give each and every minute detail of those whom administration thinks as against them. In fact, the scholars are the pressure group who put a check on the wrong doings of the administration.

In this case of five scholars who were socially boycotted from the campus on the pretext of punishment, were in fact found not guilty by the proctorial committee that conducted an enquiry and their suspension was revoked. But later when the new vice-chancellor was appointed, the BJP minister Bandaru Dattatraya wrote a letter to the MHRD minister Smriti Irani that the university students belonging to the Ambedkar Students Association are ‘castiest, extremist and anti-national’, and action should be taken for a ‘change for better’. In this continuation, the HRD minister asked the vice-chancellor to take action against such students and thus these five scholars were suspended from the hostel and public places in the campus. These five scholars were sleeping on the ground in the open place since their suspension, demanding to revoke it. One can imagine the cold in the campus, where the temperature would be generally lower than the other places in this winter season. Under this situation, students lost hope on university administration and one of them felt distressed and thought death is better than this kind of miserable life.

Civil Liberties Monitoring Committee strongly condemns the hindutva ideology of the vice-chancellor, and the union ministers Bandaru Dattaraya and Smriti Irani. This committee demands to sack the Vice-Chancellor Appa Rao immediately, and resignation of these two ministers responsible for the death of scholar Rohith. The suspension of other four scholars should be revoked immediately.

This committee expresses its deep condolences to Rohit’s family and solidarity with the student community for struggling against the hindutva fascism. 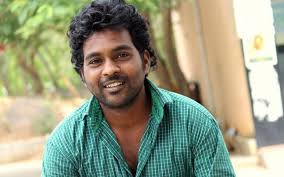