Condemn the attack on Soni Sori

Civil Liberties Monitoring Committee express its anguish over the attack on Adivasi activist Soni Sori and states that present conditions in India reveals the human rights violations and attacks on human rights activists which are on its peak level. The attacks also reflect that the Modi’s government intolerant attitude is providing a tool to the state machinery and fascist hindutva forces to suppress the voice of voiceless people.

Soni Sori who is working for the Adivasi rights tirelessly by involving herself in social, political and democratic movements is facing continuous harassment, detention & sexual assault and imprisonment; but even after so much trouble she is continuing the struggle for Adivasi rights. She openly announced that no one can stop her from fighting for the cause of justice. The state and fascist forces are trying their level best to suppress her and her activities. The recent attack on her is an attempt to suppress her voice rising against operation green hunt which is nothing but war against the tribal people of India to grab their lands to handover to multinational companies which is under way in the deep forest areas of India.

Civil liberties Monitoring Committee wants to state that after the hindutva power coming on the rise, democracy is shrinking and all the constitutional, fundamental, democratic rights are at stake. The present hindutva regime wants to wipe out all democratic forces by using the hindutva gang in every part of India. Soni Sori’s attack should be seen in the context of attack on Ambedkarites, Muslims, Christians and the revolutionary communists.

It should be observed that all the attacks happening in the country from the time Modi came into power are actually attacks on the democratic forces with an intention to make this country a ‘Hindu Rashtra’. In fact, now in India there is a collision between two ideologies, one democratic and another fascist. Unfortunately the fascist forces are in power and they want to crush down the democratic ideology.

This is high time for India and its people to come forward and stand together along with the democratic forces to save the secular and democratic legacy of India which is based on the tolerance since thousands of decades.

Civil Liberties Monitoring Committee express its solidarity with Soni Sori and her movement and hope that she will come back and continue her fight for justice with all her strong will power and combat the mighty fascist forces of India. 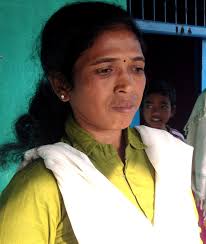