Arrest of Professor SAR Geelani is an act of Fascism

Demand to withdraw the cases and Release Geelani

Civil Liberties Monitoring Committee condemns the arrest of Professor SAR Geelani on concocted charges of sedition. Prof Geelani since his acquittal from false charges in Parliament attack case has been on the target of Hindutva politics. In the past he has survived an assassination attempt and now again Sangh parivar is targeting him for his open views on Kashmiri nationalism, which goes contrary to Sangh’s agenda.

India is fast becoming a totalitarian fascist state where any opposing view against the Government’s dictates is branded as sedition. Space for critical thinking and contrarian view is getting saturated since Narendra Modi became prime minister.

Framing sedition charges on Prof Geelani for pro Kashmiri slogans raised during a public conference at Press Club of India where he was a speaker, is atrocious to say the least. If mere sloganeering to express displeasure against the Government gets branded as seditious then we face the danger of declaring whole marginalized population of this country for having disaffection as simple traitors.

Professor Geelani is a very law abiding, broad minded person and an intellectual; he not only speaks on Kashmir issue but also on other social and human rights violations in different parts of the country and he is always at the forefront to struggle for justice.

Modi government is giving lead to other past tyrannical governments by upgrading dissenting voices from ‘enemy of the state’ to ‘enemy of the nation’. In doing so government’s aim seems clear to kill every opposition which dares to raise uncomfortable questions on the way things are getting operated by the government. In our view government which is trampling the rule of law and the Constitution of this nation by abuse of power and authority is most guilty of sedition than any other critical dissenting voice.

Civil Liberties appeals to all the human and civil rights organizations, democratic forces to express their solidarity with Professor SAR Geelani in the fight of justice, and come forward to pressurize the government of india to withdraw the cases and release Geelani unconditionally.

CLMC demands Government of India to stop the gross abuse of its authority and immediately stop the witch hunt of opposing minds. CLMC demands government to release Prof Geelani and withdraw punitive sedition cases against activists, academics and students. 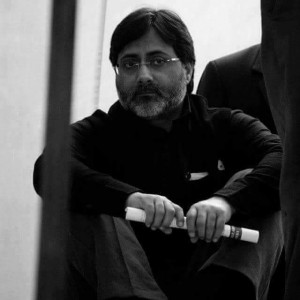